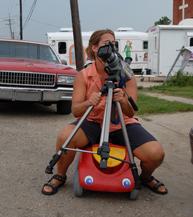 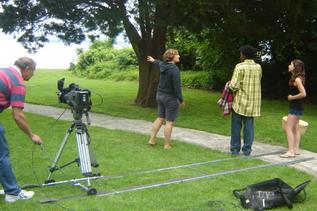 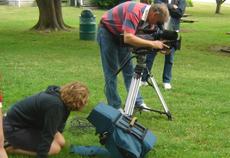 BRING HUMANITY BACK  TO HUMAN KIND.

It all started when I went to New Orleans on a personal trip.  I had been in the television news industry for almost 10 years and thought I had a pretty good grasp on what was happening in the world or at least this country.  I was receiving (and giving) information in sound bites and 2 minute clips without much information. It seems the ‘higher ups’ in the news industry wanted to deliver news that they deemed important, but not what the viewers really needed to know.  They take the sensational route and focus on unimportant stories.  This became clear to me when I took that trip to New Orleans in 2008.  I was completely blown away by the devastation from Hurricane Katrina even 3 years after the levees failed.  Everywhere I went people were telling me their stories of survival and what had happened to them during the disaster.  So many were still living out of state and others still in tiny FEMA trailers.  All of the stories were so amazing and inspiring I realized that this is what people should be watching, these are the stories people all over the world should be hearing, and I had the opportunity to give these people a voice. And that was the beginning of peace out films.

peace out films makes documentaries by recording first hand accounts that offer the participants the opportunity to tell their own experience in their own words on an important topic.  We seek out interviews from a diverse group of people to give the audience a balanced perspective on the subject of the film.  The viewer takes the journey with the interviewee, and while listening to these stories each viewer develops a relationship with at least one person, which then creates an opportunity to begin a conversation that would have never happened without seeing the film. Our documentaries are a window that allows you to look into a life you wouldn’t normally see and hopefully educate, inform and maybe make and impact on how you look at the world.