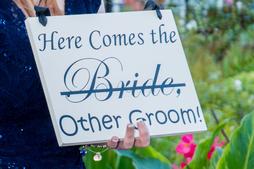 The Rhode To Equality

This film begins with people's coming out stories and their experience being gay, lesbian, transgender, bisexual, etc.  Then we explore the political web which the state had to unweave  to include the LBGTQ community in the right to marry.  We conclude with the UN's permission to touch on their global campaign to end discrimination and hate crimes around the world.